Kitchen Designs
Back to Kitchen Inspiration

How To Choose A Kitchen That Matches Your Personality

What does your kitchen say about you?

It’s probably a question you haven’t been asked before in your life but just like the rest of your house, your kitchen carries a certain personality.

That personality could be a reflection of the person that owned it previous to you, a mirror into what they were like as people on a broad level - for example, whether they were safe or adventurous - but if you have been in your house long enough, the likelihood is that your kitchen is going to have a thing or two that says a little about who you are.

Go and take a look at your kitchen and answer the following questions:

1. Does your kitchen match your personality?

2. Does it match your style?

If it doesn’t and you don’t know where to start, you have come to the perfect place.

In our latest article, More Kitchens’ Senior Designer, Julie Gokce, takes a look at some of the most popular personality types and how to go about creating a kitchen space that reflects your personality and matches your style…

Home birds are more interested in the practicalities of the kitchen rather than design. They’re very substance over style.

The truth is that very few couples completely agree on the kitchen they want. It can be a battle deciding whether you want a contemporary or traditional approach and a lot of the time, the answer lies right in the middle.

For home birds, practicality and functionality is far more important. They’re not bothered about showing off to their friends. They don’t want excesses like feature lighting or fancy finishes. They want what makes their kitchen life easier like hot taps and pop-up sockets.

A kitchen in that home is just for the people living in it. Conversations tend to divert away from knocking down walls and opening up the space because it wouldn’t serve the purpose that they want from the kitchen. It is much better suited to larger living spaces.

With the feature walls, they’re going to be safe. Smaller kitchens also can’t take big and bold colours in the same way so expect to see a lot of earthy colours, including white, grey, and brown.

The hostess with the mostest

A completely different ball game to the kitchen of a home bird and we see that style dialled right up with the aim of turning the kitchen into a space where the majority of time is spent celebrating, hosting, entertaining and socialising.

A lot more people are entertaining at home now as a result of the pandemic and, particularly when it comes to the kitchen, they want a space to show off.

Giving the space and ambience an open plan kitchen design lends to a mi-casa su-casa feel and are a typical go to. Typically, we’re seeing these people love their appliances built-in and there will be a wine cooler in plain view. 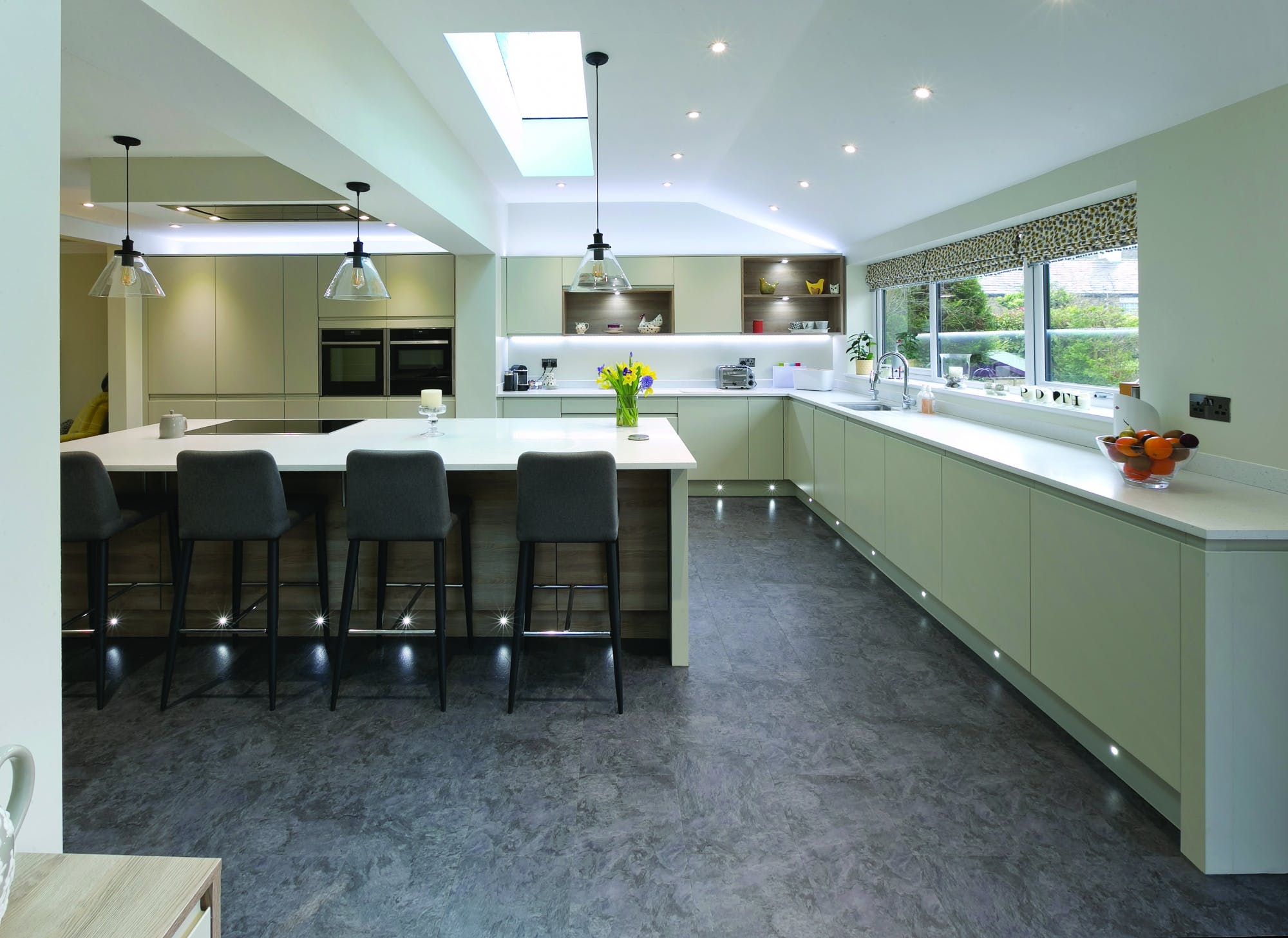 When we’re talking about feature walls, they are big and bold. Floral designs and leafy wallpaper really bring the room to life. Accentuating and exuberating the hostess with the mostest style, theres options to include slatted timber to antiqued copper panelling that can make for a very bold statement - your kitchen is an occasion after all.

With wall panels, there’s the opportunity to set LEDs down the tracks. In particular, recessed COB LEDs are great for feature lighting. These can be fitted under work surfaces, under bases, into walls and onto ceilings.

While feature lighting will play a prominent role. You’d likely see colour-changing lighting that they can alternate when guests are around. The key is to have everything on separate switches in order to create different mood settings for various times of the day and or further colour changing for instance when creating a fun party atmosphere.

It’s all about the show and performance and impact.

The cooking and baking enthusiast

Our nation is full of people of people that love to get in the kitchen to cook and bake.

And thanks to shows like The Great British Bake Off and a lot of cooking programmes you seen on weekend television it is a growing trend.

Wanting to replicate personalities, kitchen styles and layouts of such, it's all about surface area, having as much space as possible to spread out. Kitchen storage is also an essential element, especially for those who's pots, pans and kitchen utensils are in abundance. 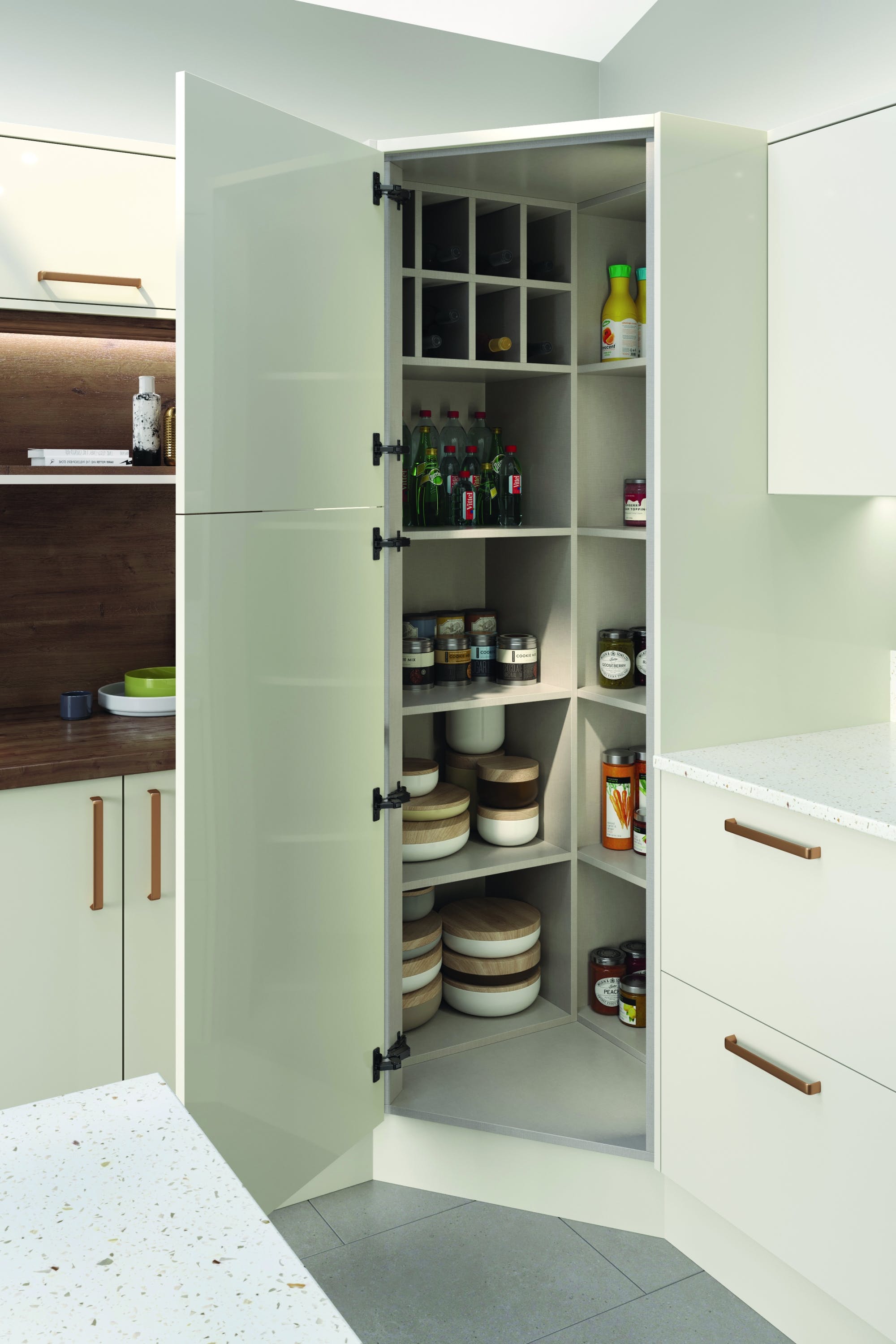 For these people, it is all about surface area and having as much space as possible to spread out and make it multi-functional. Parents and grandparents also love to get their children involved so you tend not to see tight spaces. There will also be a lot more seating, particularly if there is a kitchen island that the family can get around together to mix things, making it a far more sociable experience.

And because more time is being spent together, whether it be cooking, baking, or eating the fruits of your labour, most feature walls will hold a TV.

The reality is that not everyone will have access to a home office.

And as a result, the next best option is often the spare bedroom or the kitchen. More and more, this functional approach is a mixture of practicality and style. It’s the nice kitchen island that brings in the electrical charge points. It’s the coffee machine in the corner. Bringing the outdoors in and offering a calming and tranquil environment to professionally work in a space that feels more and alive.

What’s becoming more and more popular is the integration of a designated study area, something that can be closed off to retain that balance between personal and workspace.

For this, it isn’t necessarily what you do within the kitchen but rather how you bring the outdoors into it.

Rather than flamboyant feature walls, colours, and big lighting, more emphasis is put on bringing natural light in with big windows and having the bi-folds installed in the kitchen to lead straight out into the garden will really open up the available space.

However, with the walls, having a biophilic design adds a ‘living’ wall by bringing in vibrant shades of green and various plans filling a whole wall or section of wall – a real talking point – bringing the outside in and creating a connection with nature.

Again, it’s likely that the kitchen will take a practical approach. The space is more hardwearing, with more of it dedicated to being a boot or utility room - somewhere to store kids' things, walking boots, coats, hats, scarves, and sporting equipment.

These have become increasingly popular with families.

Each and every person is unquestionably unique.

What works for one, will not work for another. And while the previous personalities are very broad, it would be remiss of us to forget people that have eclectic tastes.

These are the people that take inspiration from a number of different areas, particularly different cultures that you don’t see in the UK. That could be investing in American or Australian styles as an example, bringing in particular colours and textures that you don’t typically see in the kitchen space, the growing influence of black appliances and cabinetry being the biggest example of that.

As a designer, these projects are the most rewarding because they are the kitchens you don’t see in a UK showroom. They are particular tastes but they’re packed full of personality. Totally out of the box ideas that allows for a true designer to get their creative juices flowing.

Kitchens are no longer just a room in the house to prep food. They’ve become the heart of the home and, as a result, more people are looking at how they can make their kitchen reflect their personality. If this article has resonated with you and you want help choosing a kitchen that matches your personality than book a free design appointment today.

An experienced designer will visit you at home. Following a detailed discussion they will be able to offer help and advice and provide you with an idea of cost. This is a free, no obligation service.

We have large kitchen showrooms in Leeds, Harrogate and Mirfield. Visit us today and discover a selection of traditional, contemporary, linear and classic kitchen designs.

For friendly help and advice, to book a design appointment or to talk through your kitchen requirements in detail call us today.